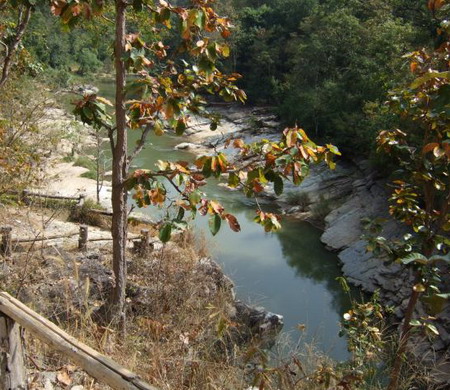 This wonderful little gorge on the Khan river is one of my favourite weekend getaways. I didn’t have anything special in mind when heading out there this afternoon, just dangling my feet in the water, having a little swim, reading my book, taking a few pictures in the green season – the above picture was shot in March.

The thing is, I am often asked for tips to see the “real Thailand”. I am always puzzled, after all, anything here is real, even a street filled with tourists is real, but I know what the clumsy word stands for. Something away from it all, where time stops for a while, where the world shows you a different perspective. Heading for the mountains always does the trick for me. But this is personal, maybe the people asking the question have something different in mind. 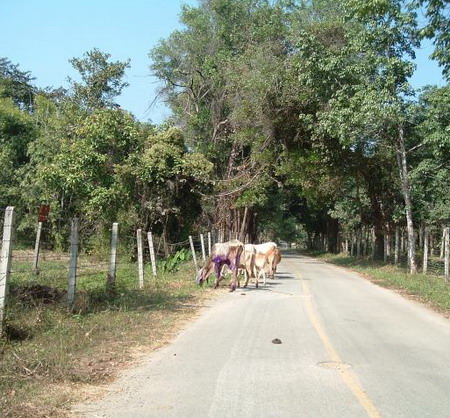 The road is usually just as important as the destination. I enjoy the easy drive south along the canal road, beyond the Samoeng juntion, then heading into the mountains across the small village of Baan Naam Phrae, among lamyai orchards (the harvest is still underway, but most of the fruit seems to have been picked), and then a gorgeous overgrown gorge. It takes just over an hour – I am a slow driver, it is only some 30 kilometres. The turnoff from the canal road is clearly signposted both in English and Thai: the signs say Opkhan National Park, and there is also a new sign for Dokmai Garden. 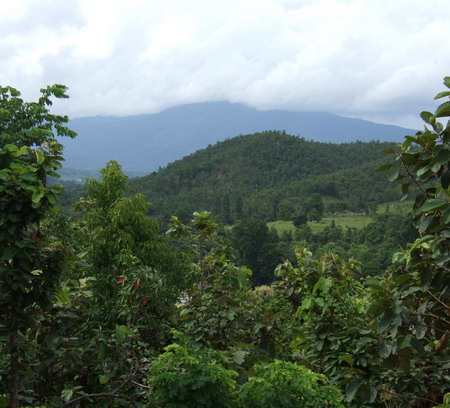 Doi Suthep behind the cloud

The old brick chedi encased in a large white chedi on the top of the hill is said to be over 600 years old. It is very quiet and deserted, the lack of temple dogs is almost alarming.

A few more kilometres further on, you need to check in with the national park guards, but there is no ticket to pay for.

It was quite late when I got up to the gorge itself. I had forgotten that the sun does not shine into the valley late in the afternoon. It was totally deserted but for one Thai family, the restaurants were closed, there were no food vendors, it looked like a haunted valley. 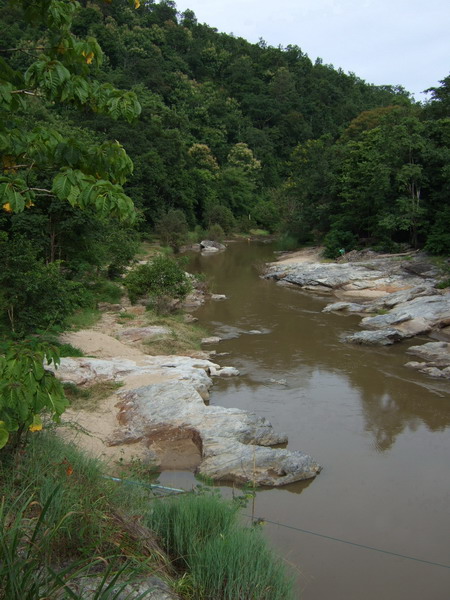 But all the greenery is dazzling and the air was fresh for a change. I regularly come up here in February and March, when the rocks are melting, I drink a bottle of water per hour, and it takes an effort to crawl a few metres along the gorge. In the hot season, Op Khan is packed out with Thai families enjoying the ice cold water. 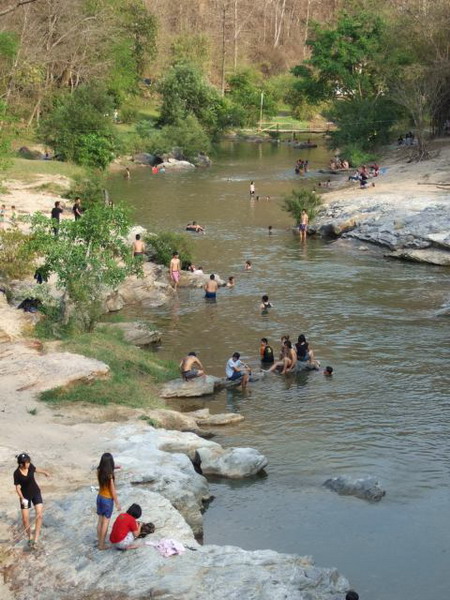 You can drive your car or motorcycle almost right to the bank of this swimming area seen in the photo above. At the information centre, a 1600 metre nature trail starts, which takes you up a cliff and then along the stream. It is a rough, rocky path, overgrown with thorny plants, but of course the locals go for it wearing flip-flops. Not many people set off on this little expedition over the cliffs, so further upstream it is possible to find more private areas for splashing around, just as some novice monks did (supervised by two frowning senior monks). 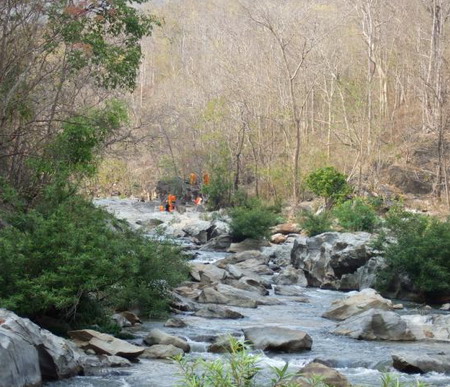 (This photo was taken in March, when all the trees with no access to water shed their leaves. This gives a distinct autumn feel, but the temperature is over 40 degrees!)

This afternoon, I had a bad fall right at the beginning, and the sun had gone anyway, so I just decided to sit at the loudest roaring section. The rocks were still nice and warm with all the sunshine they had absorbed, I lay back to soak it all up – and fell asleep. Maybe I should pitch a tent there, with this view out the window 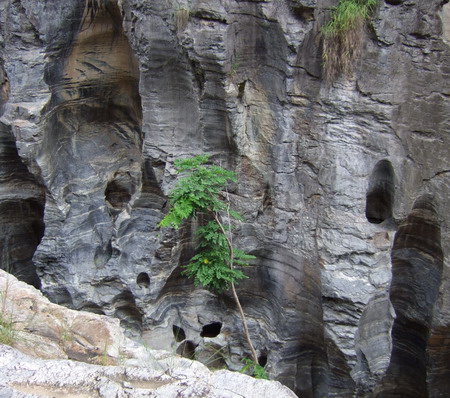 if there is no other way to deal with my insomnia.

I woke up over an hour later to realise it was raining. Instead of a nice swim, I was signed up for a refreshing shower and a preliminary round in my favourite sport of “motorcycle swimming”. It was a nasty hour to get home.

Even though today I hardly saw any people around, if someone asks me “how do families in your city like to spend their weekends?”, Op Khan and other waterfalls and waterways come to my mind. They like to pack up the whole family, picnic baskets and buckets enough to feed an army, a bunch of kids, a couple of dogs, and everything to make the stay as comfortable as possible, and head out to the mountains. 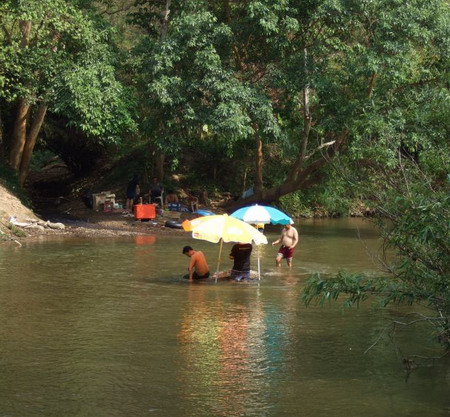 The children always wave from the back of the pickup, and someone always offers food to the lonely farang once there. Thais seem to think travelling alone is one of the saddest things that can happen to a person. But in the weekends, all I need is peace and quiet, follow a road leading somewhere, watching people.
Sometimes I envy their pickups, and their umbrellas, but now I am just too used to roaming these roads by motorcycle, even if I get drenched. I make vague plans, but sometimes a bit of very real Thailand takes over.

Life is what happens while you are busy making other plans. 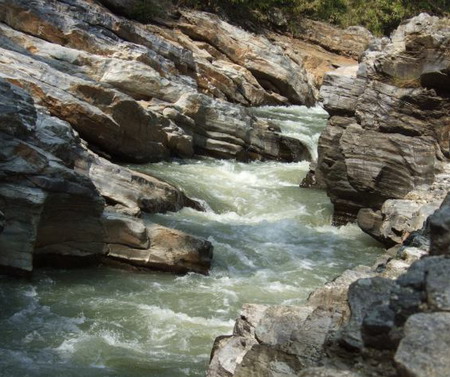 The national park has an official website here with photos and information on accommodation.
I have marked Op Khan (also spelled as Ob Khan) on our Chiang Mai map. There are also a few more photos at the Chiang Mai forum.