Posted on September 22, 2011 by Richard Barrow | Comments Off on International Car Free Day 2011 in Thailand 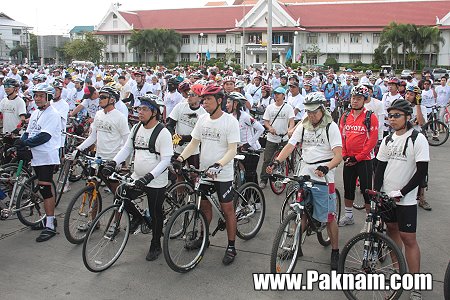 22nd September has been designated as International Car Free Day. All around the world, people have been making the effort to not use their cars today, but instead use public transport or even get on their bicycle. Thailand has been taking part in World Car Free Day now for the last five years. To begin with, only major cities such as Bangkok and Chiang Mai organized bike rallies in order to promote alternative modes of transport. However, as word has spread, many more provinces have organized their own events. 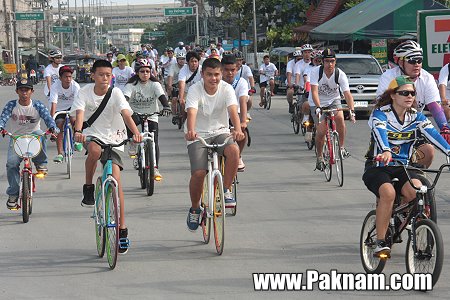 Last Sunday, Samut Prakan organized their first Car Free Day Event. Nearly 800 local cyclists came together at the City Hall and then took part in a cycle rally around the city. Never before have so many bicycles been seen on our streets. It was really a great feeling to be a part of this. As you know, I have recently bought my own bike and have been using it a lot around town instead of taking my car. It has given me a lot more freedom as I don’t need to worry about where I can park my car. Nor do I get stuck in traffic jams any more. 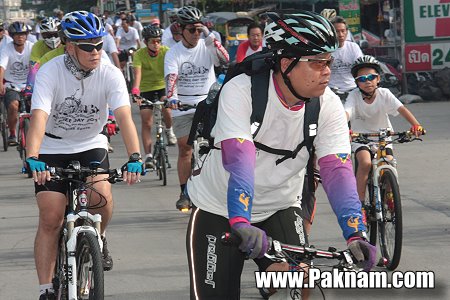 In the past, if you rode a bicycle people felt sorry for you as if you didn’t have enough money to buy a motorcycle. But, attitudes are changing. You see more people cycling these days. You also see a lot more cycle clubs where people go out on trips in groups. For myself I am not that serious about it. It is more about convenience for me. I have a bag on the back of my bicycle so I can go out and buy some supplies at the local mini mart. The last few weeks I have even started to cycle to school instead of walking. 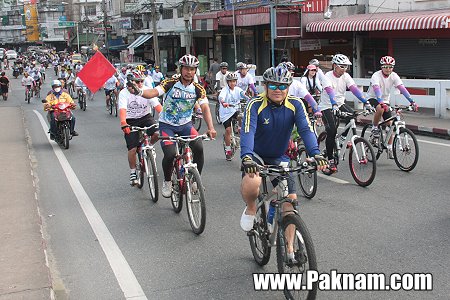 So far I haven’t been very far on my bicycle. The longest distance that I have cycled was about 25 kms. I am not exactly that fit so I am not sure if I can keep going all day. But, I am playing with the idea of cycling to Samut Sakhon for the day and then maybe come back by train. Another thing that I have been doing more often is putting my bicycle into the back of the car. I have to take off the front wheel but it is very quick. This is making some of my Bangkok day trips a bit more interesting. I have even been going into Bangkok with my bike on the sky train. I am beginning to enjoy that too. 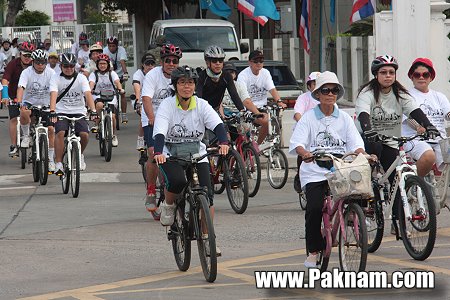 According to the Energy Minister, quoted in The Nation, “If only 10 per cent of 4 million vehicles in Bangkok is parked at home and the owners use public services once a week, this could save fuel by 1.6 million litres a day or about Bt64 million.” It is doubtful that they will manage to get 10% of cars off the roads any time soon. For that to happen we need an extensive public transport system. It also doesn’t really help much that the government are offering tax rebates for first time car buyers.  The billions in lost revenue could have been spent elsewhere. Maybe even subsidising bicycles and more building bike lanes!

This entry was posted in A Life Upcountry, Biking in Thailand. Bookmark the permalink.