Watch “Living with the Tiger” in Bangkok 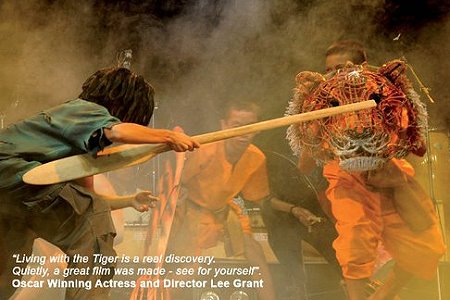 This week in Bangkok, there are two opportunities to watch the highly anticipated documentary “Living with the Tiger” which explores the lives of a group of Thai children affected by the HIV virus. The two screenings this week are free and are sponsored by the British Embassy in Bangkok. The first is tonight at the Foreign Correspondents Club Bangkok (14th March 2011) and then the second is at the Patravadi Theatre on Thursday (17th March 2011).  Click on either of the links for more information and also to reserve your free tickets. Be quick as there aren’t many tickets left.

From the Press Kit: Imagine being born with a virus which has no cure… Imagine losing both of your parents to the disease at an early age… And then imagine the torment of being abandoned by relatives and the rest of society. This was the fate of many of the children who live in a small rural community in Thailand known as Baan Gerda. Originally set up as a hospice where they could spend their final days with dignity, it is now a place for the living and they are able to run and play like normal children. 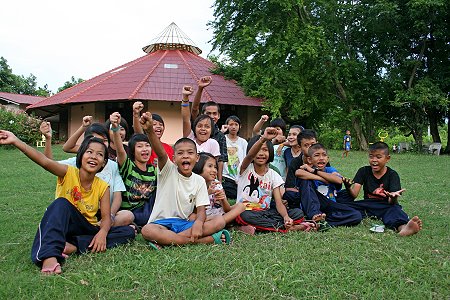 Living with the Tiger is a feature length film that explores the lives of the children in Baan Gerda.  The story is principally told through two of the children over a period of 3 years. The highs and lows are captured from the children’s perspective and shows their doubts and uncertainties as well as moments of joy and happiness. The film highlights the difficulties they face due to discrimination and their attempts at re-integration back into the communities that had abandoned them. They make journeys back to their hometowns where they are re-united with their relatives. Will they be accepted or will the families still be afraid of the children? 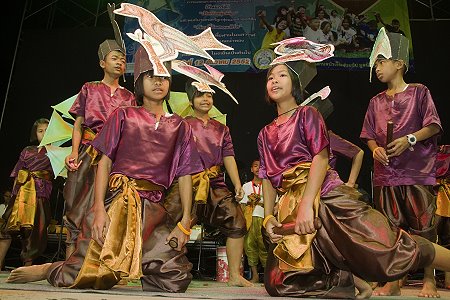 The children are given a sense of purpose when American composer Bruce Gaston starts teaching music at Baan Gerda. Although they are more used to karaoke sessions with Thai pop bands, Gaston is committed to helping them develop and begins writing an opera for the children to perform. As the project develops, children from other schools and organisations are invited to participate, demonstrating not only their abilities but their integration with non-infected children. The plan is to organise a series of performances in Bangkok followed by a show in the middle of the countryside. 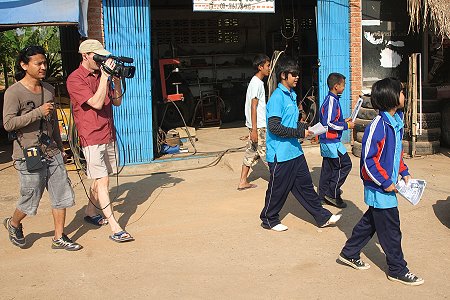 The director, Mike Thomas, pictured above, will be at both of the screenings in Bangkok this week and will take your questions. I will be at the screening tonight at the FCCT. If you would like further information about the documentary Living with the Tiger, then please visit their Facebook page. You can also find out more about the children and how you can support them by visiting their website for Baan Gerda. If you are unable to make it to the screenings this week in Bangkok, then it is possible to buy the DVD. Follow them on Facebook for news about further screenings around the world.

One response to “Watch “Living with the Tiger” in Bangkok”