Security Stepped up at Airport 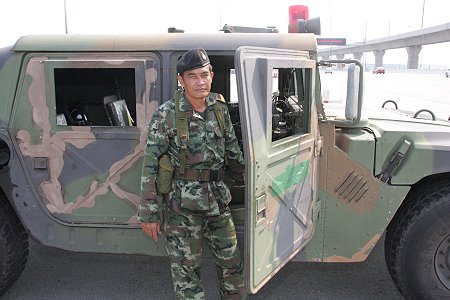 The red shirt protests in Bangkok have been going on for about a week now. By world standards, this must be one of the most peaceful mass protests ever. Only the Thai people can protest but keep smiling at the same time. The rally site is more like an outdoor concert at times. However, there is always the risk that small factions will take matters into their own hands. The latest press reports suggest that there is a split in the ranks as some people don’t agree with the peaceful rally. What many of us are worried about is that a handful of people could try and instigate violence. On Saturday, the red shirts will be doing a 50 km long parade around Bangkok in order to drum up more support. The route has been roughly mapped out already and they won’t be going anywhere near the airport. However, the army are not taking any chances. When I was over at Suvarnabhumi airport this afternoon, I passed a couple of checkpoints that were in the process of being set up. No-one wants a repeat of what happened when the yellow shirts shut down the airport. In addition to the airport, many government buildings around Thailand have also stepped up security. In the picture below you can see unarmed security guards directing traffic in front of Samut Prakan Provincial Hall. Despite all of this, Thailand is still a safe place for a holiday. 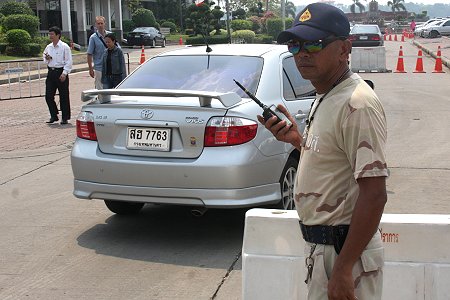 5 responses to “Security Stepped up at Airport”