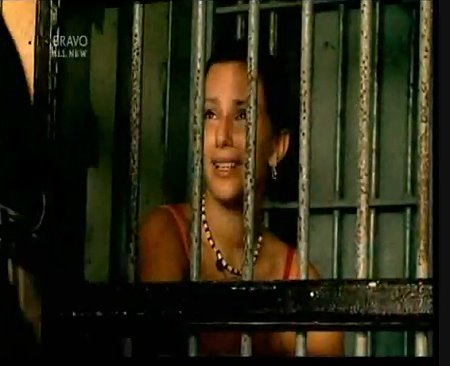 Just into part one only, but Big Trouble in Tourist Thailand, the UK documentary series on Bravo TV, has already caused much controversy, and especially in regards to the Phuket jetski scam that Richard has just blogged about. Thanks to the raw footage, one typical jetski scammer is already behind bars. Rather sensational the documentary may be, but it has managed to come out with damning scamming evidence and put it on TV for the masses to see – enough for some powerful authorities to stand up and take notice………. for a change..

Besides the common jetski scam scandal in Phuket, the first part also took us to the hippy hang-out of Had Rin Beach on Koh Phangan for the infamous Full Moon Party. Here we find Martin an English guy whose darling girlfriend Miche (or however you spell it) has been arrested and put behind bars for possessing Ganja. The couple begin by adamantly claiming that they knew nothing about the ‘smoke’, ie.. they had been set up (oh…no… not that excuse again!) – that is before, Martin admits that the Ganja was his all along and his girlfriend had been carrying it for him. Miche goes to on to say “I didn’t know it would end up like this” (comparing Thailand’s strict laws on Cannabis possession to that in the UK). 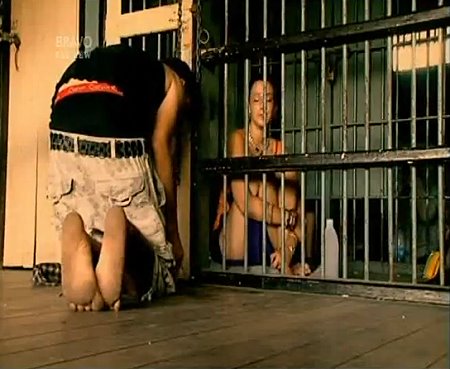 Yes, the two were idiots for getting themselves into that situation in the first place, particularly on Had Rin beach on Full Moon Party nights which is synonymous with dodgy drug Ganja busts. As most people to Thailand would say “Do not take drugs in Thailand” (unless you’re willing to pay the consequences). Unfortunately, for the British girl, she hadn’t bothered to heed such advice and she and he simply end up with insufficient money to post ‘bail’.
Well is it bail or not!?? First her boyfriend claims the cops want 65,000 to post bail and next he says “I just want friggin outta here, I’ll pay the bribe”.

Ok, the couple are off their trosh at taking drugs on Koh Phangan and especially carrying it around at a party full of police presence, but what right do the cops on Koh Phangan have to state the amount of ‘bail’ to be paid?? Isn’t that the court’s decision to make, after the suspect is taken to court within the maximum 3 days behind bars immediately after initial arrest? During the program, one of the embassy consuls explains to the suspects that the payment of bail should be posted only on his/her own name and no-one else’s, ie… if one of the cops, or a cop’s friend takes the money and posts it for you, you ain’t gonna see that money again. However, by sheer good luck, you never do go up to court and instead are delighted to hear from one of the other cops that the case against you has been dropped due to lack of evidence (Remember the King Power Duty Free saga at Bangkok Airport a couple of months back?) 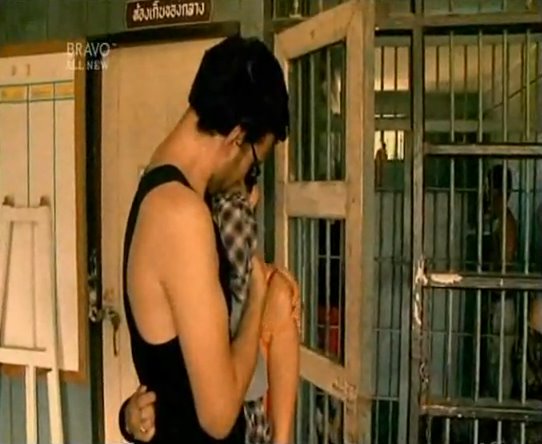 So, is this a scam, or not? Some folk will say that anyone who pays a bribe to any rogue cop to be let off a drug charge is as corrupt as the cop himself – and I guess they have a point. Some folk may also say (like against the British couple recently caught at King Power) the offenders should actually think themselves lucky for being able to escape the justice system, without ending up in the slammer. Some folk may even go to length by saying the likes of “They should be grateful to the police for dropping the case, the cops did them one huge favour”.

So, it’s not a scam after all? In some instances where rogue cops take the offenders money to post bail on their behalf, before eventually pocketing it for themselves……. is of course a total scam. Here is a common situation, and especially on Koh Phangan, where it could also be called a complete scam (and it looks like the British couple caught on the program). Cops on patrol, can suspect who is really dealing the drugs, yet for some weird reason they turn a blind eye – why?, I’ll leave that up to your imagination – instead they arrest some scruffy backpacker for a tiny bit of ganja. 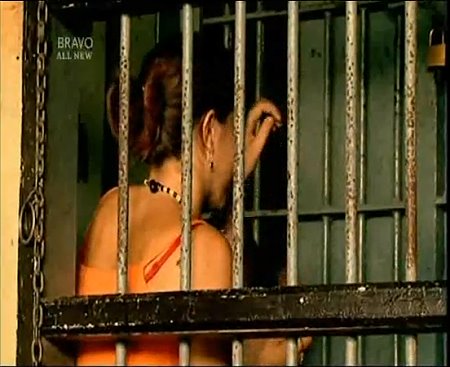 Here is where the ‘scam’ comes into effect. Possession of a small amount of Ganja is not usually a serious crime (contrary to popular myth) and the offender, after going to court, is usually let off with a basic fine and a suspended prison sentence (1st time offenders). (In the case of small drug possession, the time the court needs to prepare the basic trial is 1-2 months. He/she gets the bail money back). Instead, some offenders find out after their arrest, that the bit of Ganja they were caught with has suddenly bloomed in size and is 3 times heavier than it was prior to arrest. The offender is then advised by the likes of a ‘lawyer’ (perhaps a friend of the cops’) that a small possession of a Ganja for personal use is, in fact, a serious crime and he/she could face a long time incarcerated. The offender becomes paranoia and often agrees to clear the matter as soon as possible and “Get the heck outta here” Martin and his girlfriend in Big Trouble in Thailand are quoted at 65,000 – 70,000 baht – this is actually rather less than the usual sum that is floated around Koh Phangan, which is often in the region of 100,000 baht.

However, as is stated in every Thailand guidebook, on the wall of every airport wall and along every entry pier of Koh Phangan “Possession of Illegal Drugs is Prohibited”. Do some foreigners just not get it? this isn’t Europe, the police aren’t just gonna confiscate your dope and say “don’t do it again”. Yes, many cops are involved in a Ganja ‘scam’, so do yourself a favour and just don’t be so daft to get yourself involved.