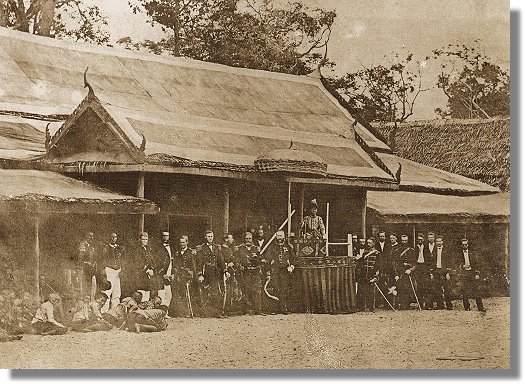 In 1868, H.M. King Rama IV invited Sir Harry Ord, the Governor of the British Straits Setllements, as well as a party of French astronomers, and scientists, to observe a total solar eclipse, which he predicted would be on 18th August at 12:13 p.m. He also calculated the precise location in Thailand where it would be best to observe. The party travelled to Wa Ko, a small village in Prachuap Khiri Khan Province, about 300 kms south of Bangkok, for the event, where the King’s calculations proved to be correct. This was just another example that showed both his loyal subjects and foreign dignitaries how much of an intellectual he really was. Even more impressive was the fact that he had predicted this eclipse himself two years before it actually happened. It is unfortunate that King Rama IV is more known to the modern world as the dancing and singing king in the Broadway stage production and the movie “The King and I”.

Tragically, during the expedition, King Rama IV and H.R.H. Prince Chulalongkorn both contracted malaria. The kind died the following month in Bangkok. In 1982, the Thai government designated King Rama IV as the “Father of Science in Thailand”. In addition, they declared that henceforth, August 18th would be known as National Science Day. In 1989, the King Mongkut Memorial Park of Science and Technology was established to commemorate King Rama IV. The park is located at Km.335 of Highway No. 4, about 12 kilometres from Prachuap Khiri Khan and 4 kilometres along a branch road.

One response to “National Science Day in Thailand”