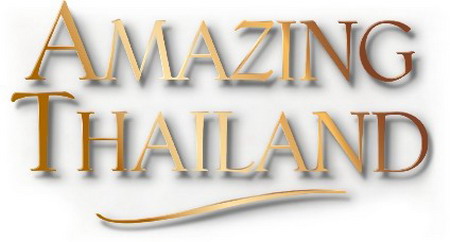 Last year, over on the forums at www.thailandqa.com our Webmaster buddy here Mr. Richard started-up one day a thread on 100 Things You Didn’t Know About Thailand. It has turned into a block-buster of a thread getting, so far, approximately 34,000 hits.

After the thread was born, some folk kinda just ran out of weird and wonderful facts. I really liked the idea for the thread and felt it would be a pity for such a thread to be lost in the archives, never to be seen again. Since I had been writing columns for The Nation anyway, I had of course, at times, to research some stuff which I had only heard of – but didn’t have any concrete evidence. It was during these searches that I uncovered quite a bit of stuff mostly unheard of before, and so as of late, I have been leading the thread.

I want to leave out facts such as Bangkok in the Thai language has the longest place name in the world or that The King was born in America etc…. as they are pretty well-known facts already. I have also left out facts which lack solid evidence or have originated from dubious sources.

Here today, in the first part of a mini-series are 25 amazing Thailand facts.

(A complete mix-up. Posted below in virtually the same order as posted on the forums)

1. The Thai greeting “sawatdee” was invented during the Second World War. Before that, people greeted each other by asking if they had eaten yet. (Richard)

2. According to the World Meteorological Organization, Bangkok is the hottest capital city in the world. (Stephen)

3. HRH The Crown Prince, an avid collector of classic cars, has the largest private collection of ‘Classic cars’ in Thailand. (Stephen)

5. HM the King is a renowned Jazz saxophonist who has played with many of the world’s greatest Jazz musicians. (K.Don)

6. HM the King is an Olympic standard yachtsman. (K.Don)

7. The Orchid is Thailand’s best flowering export. Exports of the Orchid are valued at US$250million per annum.(Stephen)

9. The beautiful Similan Islands in the south of Thailand got their name from Malay language. The islands are 9 in total and the Malay word for ‘nine’ is – Similan. (Stephen)

10. In Thailand, both Father’s Day and Mother’s Day are celebrated on the birthdays of Their Majesties the King and Queen. (Richard)

12. Thailand’s most expensive pure-breed of dog is the beautiful ‘Bangkaew’. Half-wolf/half-house dog, the Bangkaew has it’s origins in Phitsanulok province. Premium Bangkaew dogs sell for around 50,000 baht ($1,300). There is currently one in Phitsanulok (Top Father) which is watched by a security guard as it is valued at an astonishing…….2,000,000 baht ($54,000)! (Stephen)

13. According to the ‘Guinness Book of Records 1995’, the Thai language has the second largest alphabet in the world. Second only to Khmer.(Stephen)

16. The 1994 Guinness Book of Records contains the entry: the world’s biggest restaurant – the Royal Dragon Restaurant, Bangkok – can serve 5,000 eaters in its palatial dining rooms at one time. (Jai Baan)

17. According to extensive research carried out in 2001, there is an average of 5.2 cockroaches per Thai house! (Stephen)

18. Nakhon Pathom, boasts the tallest Buddhist pagoda both in Thailand and in the world. (Jai Baan)

19. Wat Traimitr (Temple of the Golden Buddha) this is the world’s largest solid gold Buddha, cast about nine centuries ago. The image is three meters high and weighs five and half tons. (Jai Baan)

20. It is illegal in Thailand for women to visit night-time entertainment venues alone. They must go with a man! (Stephen)

21. It is illegal in Thailand for men (and women of course) to go bare-chested in public. You must wear a top at all times! (Stephen)

22. It is illegal in Thailand, to leave your house if you are not wearing underwear. (Jai Baan)

23. After spending the night together (unmarried couple) the female is entitled to ask the man to marry her – and give a dowry. If the man doesn’t want to get married, the women is entitled to seek compensation ie….money. (Stephen)

24. The man is entitled to sue his new wife in a court of law and get his dowry back, if it is found that the bride had had sex with another man before, and so – not a ‘virgin’ at the time of marriage. (Stephen)

This entry was posted in Amazing Thailand Facts!. Bookmark the permalink.