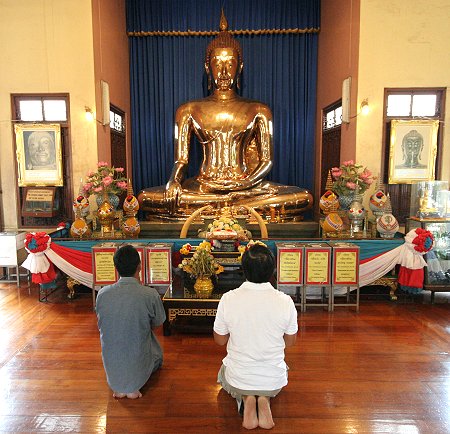 One of the temples that should be in your Top 10 Temples in Bangkok is Wat Traimit (full name is Wat Traimitwitthayaram Worawihan). The temple is on the outskirts of Chinatown and was was built about 150 years ago. The temple itself would most certainly not be on the tourist circuit if it wasn’t for an accident that revealed a solid gold Buddha image. About 50 years ago, workmen at the temple were moving this Buddha image by crane to a new location when it accidently fell. The outer layer of the Buddha image cracked revealing a Golden Buddha within. 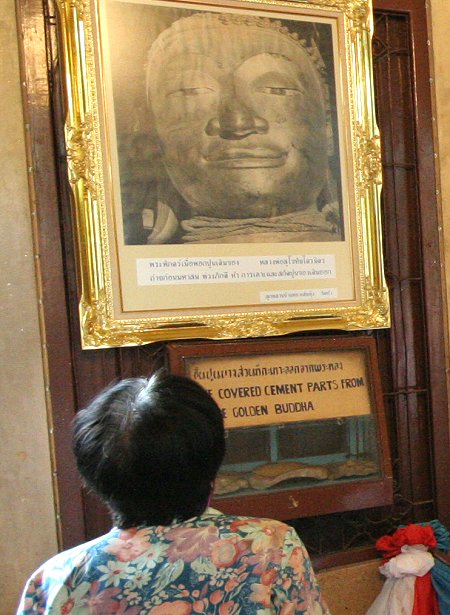 In the picture above, you can see the original Buddha image and the parts of the outer layering. Underneath was a solid gold Buddha image weighing five tonnes! It is speculated that this Buddha image was disguised as a stone Buddha in order to save it from the Burmese who ransacked temples and plundered the gold during various wars. The Golden Buddha isn’t in the main temple building as you arrive. It is in a smaller building towards the back and on the left. Go up some steps to the room. Entry to the temple is 20 baht for foreigners and free for Thais. Donations are welcome as they are raising funds at the moment to build a bigger and better building for the Golden Buddha. 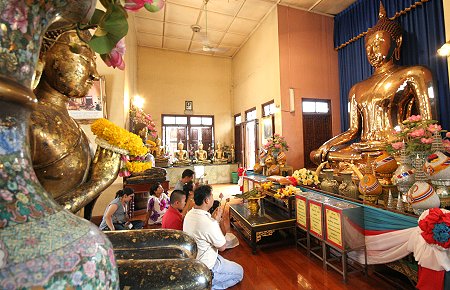 You can reach Wat Traimit by going to Hua Lamphong Station on the MRT underground train. From here it is about a ten minute walk. Go out of the station and turn right on to the main road. Go over a small bridge and take the first road on the left for cars. The temple is a short way down this road on the right.

Map showing the location for The Golden Buddha on the edge of Chinatown:

2 responses to “The Golden Buddha”