Superstitions and Customs from the past 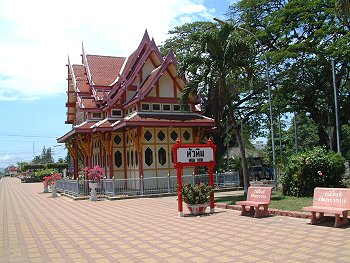 Waiting Room for the King at Hua Hin Train Station

I have for you some more notes I wrote down from the fascinating book called “A Journey in Siam” written by Adolf Bastian. As I mentioned before, the author wrote about life in Siam 150 years ago.

* The Siamese not only avoid stepping over people, but also over books

* The length of time expressed by sak kru (usually translated as immediately), means in fact, as long as it takes to boil a pot of rice

* The Siamese sew seven buttons on their jackets and five on a shorter one. For children three is the norm.

* A staircase must not have four steps, but two, three and six are allowed

* In divorce the children born with odd numbers go to the mother, the even numbered ones to the father

* Most siamese flowers are only fragrant in the morning, when they are open, or in the evening, but not in the middle of the day.

* The Siamese eat the lamphong fruit to get up Dutch courage, in the process becoming slightly mad in the head and very excitable, babbling confused sentences for the slightest reason

* The Siamese like to give their children hideous names to make them unattractive to the demons, thus protecting them

* Admiring a cute little child would make it ill, and so its parents hang a dog’s or pig’s tooth around its neck to blemish the child’s pretty appearance

* A Siamese shakes his head to deny something. He waves with his hand bent downwards.

* Instead of kissing, the Siamese press their faces together and breath in

* During an eclipse of the moon, the Siamese make a great din to prevent it from being eaten up

I’m now living in townhouse and sharing walls with two more houses, one on the left and one on the right. The house on the left is a renting house so there are many families coming in and out a lot and it’s going to be my topic today.

Every night, “Hurray!!!” “Oh, c’mon!!! Can’t you just kick it right there to the goal!?” and some distorted songs going on by those guys..partying, getting drunk or cheering football.

Although, I’ve shut my windows and door and turned my air-conditioned on.. I can still here them like they’re sharing places in my living room. I’ve heard that they bet football, too and when I come home late sometimes..some drunk guys try to talk to me. 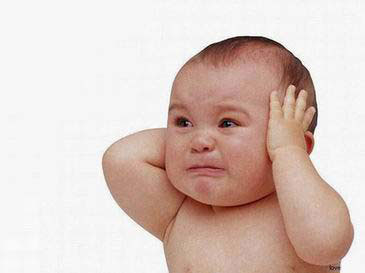 There’s nothing serious until one day about two years ago, I was sleeping in my bed coz it was my holiday of a week, Saturday. I heard some yelling from the wife and the husband. They slammed the door and the lady began to yell.. but it was like music..sometimes her voice got up to so high but sometimes was like whisper, “HOW DARE YOU!!! I’VE TRUSTED YOU FOREVER BUT HOW COULD YOU!!!…”
I couldn’t get back to my daydream.. I like listening to others anyway so I walked close to my wall in my room and started to have my left ear ready to listen carefully.
“I NEVER EVER THINK YOU can..be involved with it.. you buy it and sell it yourself..! what if you have to go to the jail!? WHAT AM I GOING TO DO AFTER THAT!?”
“I’m sorry but I really cannot deny it. If i did, they would attack me and you know it’s well-paid..selling drugs,” replied the husband.
AHHH!!! Now I know their plot! I stopped listening then began to think..

“Should I tell my mum?..police? friends? teachers? or who!?..maybe, I should have kept it with me forever..should I?”

I kept it for 7 days and still bought some food from this house (the wife cooks some food in front of her house). At last, I couldn’t.. The zip at my mouth was ripped open.. I told my mum. But she agreed to keep it with us ourselves. She doesn’t want to report anything to the police coz harm may come to us if we do.

Anyway, has anyone ever experienced anything like this? Tell us about your neighbors..we’re living in the same world, it’s everybody’s home! We’ve got right to know lol!! Well, let’s share!

As I was scouring information for my trip to Thailand in a few weeks I came across this little bit of info:

LOS ANGELES IS TO HOST FIRST EVER THAI EXPO THIS WEEKEND AT THE CONVENTION CENTER!

So, in case we have a few blog readers from LA out there, I’d like to forward this info to you! Maybe I’ll be able to see you there! (Hey N Oak, you free this weekend?)

Walking home today from work I had a neat unexpected near Thai experience It is hot as blazes outside and right now the weather update on my computer reads the temperature as 92 degrees fahrenheit but ‘feels like’ 98 degrees! For everyone else in the world that is Metric, except for America leave it to us to be snobs and stick our thumbs in our ears and say we’re not gonna be like everyone else cuz it’s too hard to learn the metric system, anyway I digress, moving on like I said for folks in Thailand and everywhere else that means right now outside is a mean 36.6 degrees celsius!

Whew! I have a pretty good walk back and forth to the Metro station every day, usually about 15 minutes at a leisurely pace, 10 minutes for me with my long, farang legs and talk no prisoners walking stride. I’ll have to work on my walk I am sure otherwise I will probably scare some of the locals when I finally get to the ‘Big Mango’. Actually I don’t mind the walk everyday, I go to work very early in the morning so the weather is usually cool enough this time of year and I don’t really mind the good awful heat walking home in the afternoon although my shirt is usually wilted before I make it to two blocks 😉

I like to think of this is a good practice excercise for when I am actually, finally in Thailand. I have also cut out drinking sodas and caffine and stuck to just water and juice drinks so I can hopefully ‘up’ my Thai heat acclimation level to at least a 65% chance of surviving. Like my days in the Army dying in the Georgia summer heat with the other un-lucky grunts during ‘grass drills’ (anyone in the military remember those?) as the drill sargent used to scream “GOOD TRAINING MEN! GOOD TRAINING! SWEAT MAKES GRASS GROW GREEN!!” Somehow I don’t think he’d ever actual been to Thailand either. I just have this image in my mind of him making an overweight tourist drop and do twenty push ups until grass actually sprang forth and grew out of Bangkok concrete.

Anyway back to the experience that was the point of my story. I got off the train at my stop and climbed up out of the underground station, headphones firmly in place and my favorite band (Labanoon) rocking away, and started the walk toward home the heat wasn’t too bad but sometimes the heavy car traffic makes the air feel like a huge St. Benard with gingivitis is breathing in my face ‘yick!’. All the more realistic virtual Bangkok training I supposed 😛

I made it one block and turned toward my neighborhood and there across the street is something I have never seen in real life but only on TV commercials and in comic strips, an actual kid out in this heat working a lemonade stand! I walked across the street and as I got closer I saw the young, sweaty entrepeneur not only sold lemonade for a dollar a cup but also Thai Iced Tea!

Was this an oasis? Was the heat already playing with my eyes and my mind? Had this Thaiphile finally gone over the edge? No, this kid was actually selling Thai Iced Tea and doing pretty good business too from the looks of the dollar bills stuck in his pay jar. Pretty savy kid to branch out his product line already and he wasn’t even Thai. How could I resist a hook like this? The one day I was glad to have cash on hand and not just plastic cuz I wasn’t sure he’d take Visa. I ordered one Thai Ice Tea to go and he asked if I wanted the cream as well. Do I! To drink Thai ice tea without the milk or cream is un-American!

The kid certainly didn’t skimp on the ice OR the Tea OR the milk for that matter! If this was his usual portion he should invest in jumbo dixie cups and sell both ‘lek’ and ‘yai’ size drinks! Whatever the lad lacked in skill he certainly made up for in generosity. I make Thai tea at home and it takes a little practice to really make it well, not too much tea leaves, don’t boil them for too long, even how much condensed milk or cream you put in your glass everything is as precise as science. I admit I cheat some and use flavored coffee mate same as I use in my actual coffee when I fall off the no-caffine wagon that is 😉

I’m sure though real Thai street vendors could make Thai tea with one hand and use an old sock to strain the leaves and it would always taste absolutely awesome! However I’m not looking to bust any trade secrets as long as I have my money to pay for the finished product I’ll leave the magic to the professionals. This kid may lack the grace and finesse of a Thai vendor (a tad heavy on the cream but you live, you work, you learn) yet he more than made up for it with effort even just for being out in this heat to start with.

Walking the rest of the way home I was happy and content to sip my purchased beverage, not minding the heat at all even when it melted the ice to mix with the Tea it made it cooler and even more delicious. Life is best when made of simple moments of pleasure like this, especially when they are spontaneous. I only wish I had a camera with me to take pics of this young import genius and his stand for this blog.

Posted in Learning to speak Thai