One of the things people complain a lot about in Thailand are the mosquitoes. For myself, I am never bothered by them. 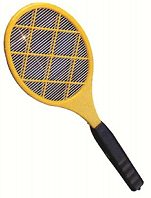 I was in the beginning as they were always biting me around my ankles. Nowadays they hardly bite me. Not too sure on the theory behind that. There are a couple schools of thought on this. When I was in Australia the locals said that if you eat Vegemite than the mozzies wouldn’t bother you. Here I do eat Marmite which is the English version. Could be true. Then, other people say that the mozzies only go for fresh blood. I think that might have some truth behind it too. I know mosquitoes are always biting the new foreign teachers we have. I don’t mean one or two bites. Their feet and legs are covered.

The foreign teachers are staying just two doors down from me. In the evenings they always shut the doors and windows and use every mosquito repellant they can find. However they still get attacked. On the other hand, at my house, we always leave the doors and windows open and hardly ever close the mosquito screens. Despite this we only get one or two mosquitoes entering the house. Not that I am complaining.

Originally I was going to buy one of those ultraviolet lights which attract mosquitoes and then electrocutes them. However, the cheapest price was 700 baht and it just didn’t seem to be worth it for the one or two mosquitoes that wandered into the house. Then the Thai girl three doors down introduced me to the Mosquito Zapper! This is a device that looks rather like a tennis racquet. You turn it on and press a button as you swing it through the air. It looked like she was having great fun. She said it was very cheap too. So, I thought why not!

Down at the local market, they are selling these things from 79 baht to about 120 baht. I bought a mid-rang model for 99 baht that recharges by plugging the handle into the mains. I am not sure where it was made but it has the usual strange array of English words on the handle. I guess these seemingly random letters were put there in order to impress Thai people who cannot read English. Either that or there are some new words I have never heard of. What do you reckon this says: “Powerfuirfohar grfrie”?

Anyway, back to the mosquito zapper. During my first full evening I was pretty pleased that I was able to zap three mosquitoes in the living room! The next day two mozzies met their demise. I think by day three I was starting to get a bit bored. There just wasn’t enough mosquitoes coming into the house. So, I went around to the school townhouse to lend my support there.

Looking at their backyard I reckon that is where their problem lies. The back wall was covered in green moss. Obviously the area is very damp. As you might know, mosquitoes breed in still water. This might be the reason why they have a lot of mozzies and I don’t. They are breeding them!